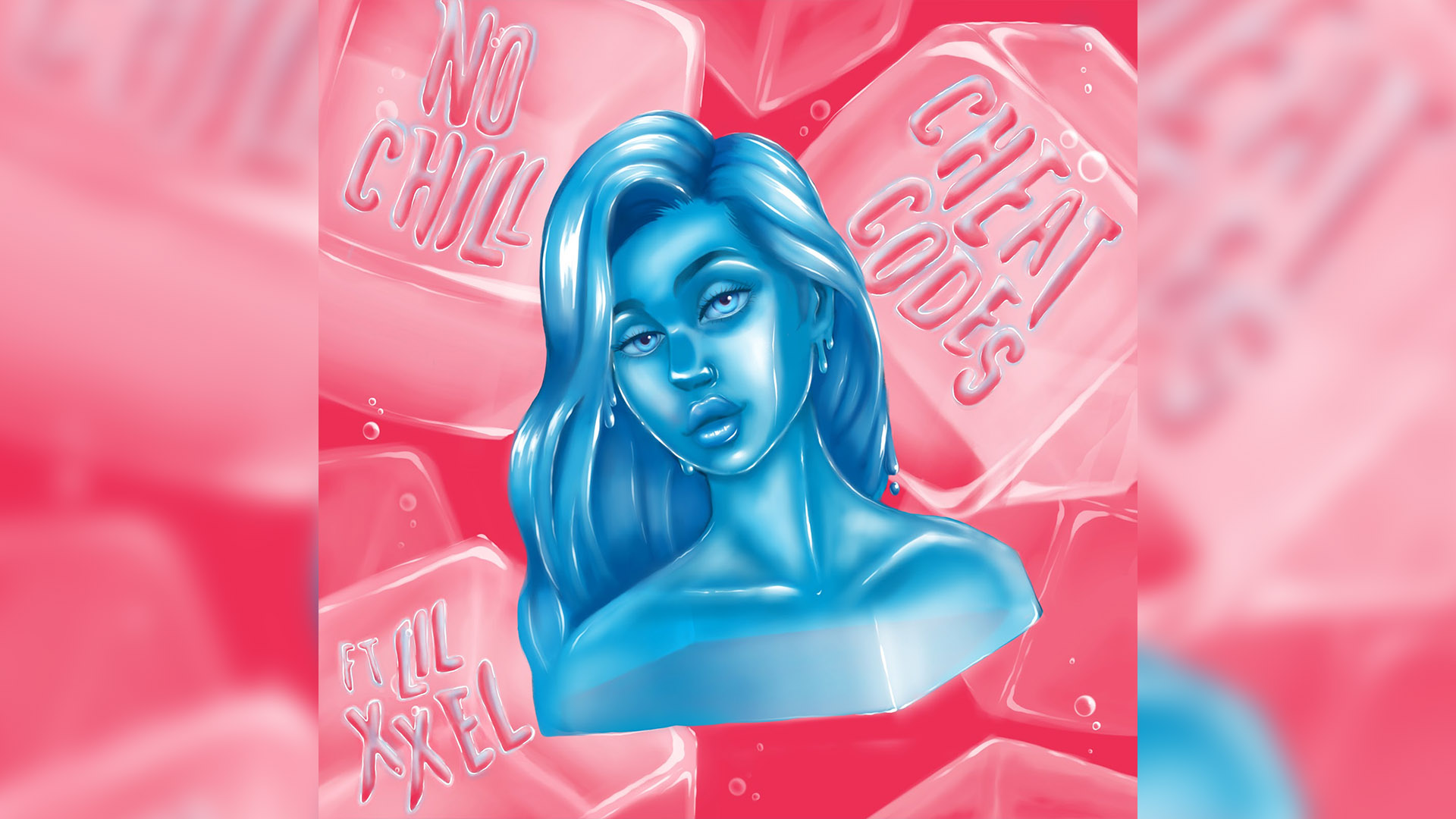 Following a steady stream of 2020 releases from the multi-platinum genre blending music trio Cheat Codes, today they have released “No Chill” ft. rising rapper and TikTok sensation Lil XXEL (2.5M followers). Their newest track of similar brilliance, “No Chill” is the fifth single off of Hellraisers Pt. 1, the first part of the group’s upcoming three-part debut album.

Embodying their upbeat, contemporary pop flow, the track is layered with a touch of trap and a guitar riff that plays perfectly into the catchy vocals from rising hip-hop artist Lil XXEL. Reminding listeners of the chase for excitement, Cheat Codes says of their newest single “This song is about a relationship that is just too much to handle, high maintenance if you will...the kind of relationship that makes you question if it’s worth it or not.” The track is a must listen for electro-pop fans who love a high beat production with fun vocals, and the accompanying music video has Cheat Codes, Lil XXEL and those watching in for quite a surprise ending.

“Washed Up”, “Stay” with Bryce Vine, “Between Our Hearts” ft. CXLOE, and most recently, “Do It All Over” ft. Marc E. Bassy, have already made waves and built momentum for Cheat Codes as they embark on what is slated to be their biggest year yet fueled by their debut multi-part album release. With three legs leading into the album, each 'part' will personify the individual members of the trio and give you a deeper look at each group member. The Los Angeles-based group consisting of KEVI, Trevor Dahl, and Matt Russell have skyrocketed to fame since they first came together in 2014. Over the course of the last six years, they’ve amassed over 4 billion total streams, with 12 million listeners tuning in each month to their music via Spotify. Pivotal points in their career include collaborations with artists such as Liam Payne, Fetty Wap, Demi Lovato, Little Mix, Kim Petras, Wiz Khalifa, and Sofía Reyes and more.

Simultaneously trafficking in electronic, pop, hip-hop, and alternative at the same high speed, the Los Angeles trio Cheat Codes remains an inescapable force throughout popular culture. Their total stream tally eclipses a staggering 6 billion plays. Maintaining a prolific pace, they’ve steadily amassed a diverse discography, including the platinum Pop Radio Top 5 smash “No Promises” [feat. Demi Lovato], the gold-certified “Feels Great” [feat. Fetty Wap &CVBZ], and gold-selling breakout “SEX” with Kriss Kross Amsterdam. Speaking to their international impact, “Only You” [feat. Little Mix] soared to #1 on Pop Radio in the UK, while they received dozens of platinum certifications in 20 countries. Not to mention, Liam Payne, Kim Petras, Wiz Khalifa, and Sofía Reyes all jumped at the chance to collaborate, and they did remixes for Ed Sheeran and Sam Smith. Igniting clubs worldwide, their 2019 level 2 EP yielded the #1 Dance Radio hit “Who’s Got Your Love” [feat. Daniel Blume] in addition to “Ferrari” [feat. Afrojack] and “Be The One” [feat. Kaskade]. Cheat Codes recently made their acting debut with the Bella Thorne directed short film, music video for "No Service In The Hills" featuring Trippie Redd, blackbear and PRINCE$$ ROSIE. Next up, the group is working on their debut album and releasing a new track every month leading up to it. Acclaimed by Rolling Stone, Paper, Time, Billboard, and more, the musicians have shut down The Tonight Show Starring Jimmy Fallon and Jimmy Kimmel LIVE! with stunning and show-stopping performances.

19-year-old Alexander Perez, better known by his stage name Lil XXEL “Zell”, is a rhythmic pop superstar in the making. He is on his way to becoming one of the biggest breaks this year with his brilliant synth-pop sound and contagious charisma, making feel-good and danceable R&B music. Raised with Puerto Rican and Cuban roots, the Orlando-born breakout star has always been passionate about music, he grew up singing in the school choir, performing in school talent shows in his hometown of New Jersey, and started to write and compose music at the young age of 15. His first smash-hit “LMK” garnered over 20 Million Global streams in just two months and he currently has 3.1 million monthly Spotify listeners.

On top of being incredibly talented, Alex has become a powerhouse amongst the TikTok community, amassing over 1 Million followers, and having TikTok’s most popular creator Charli D’Amelio (69 Million) create a dance to his “LMK.” Ranking at #2 on Apple Music Dance, #2 on Spotify Global Viral 50 Playlist, #11 on Amazon Dance, and #9 on the Billboard HOT Dance/Electronic Charts, LMK is definitely a viral sensation. Rolling Stone recently named Lil XXEL one of the “fastest rising-artists of the month” on their Breakthrough 25 list. Lil XXEL’s undeniable talent proves him to be a promising new voice in R&B and a trailblazer for his generation.