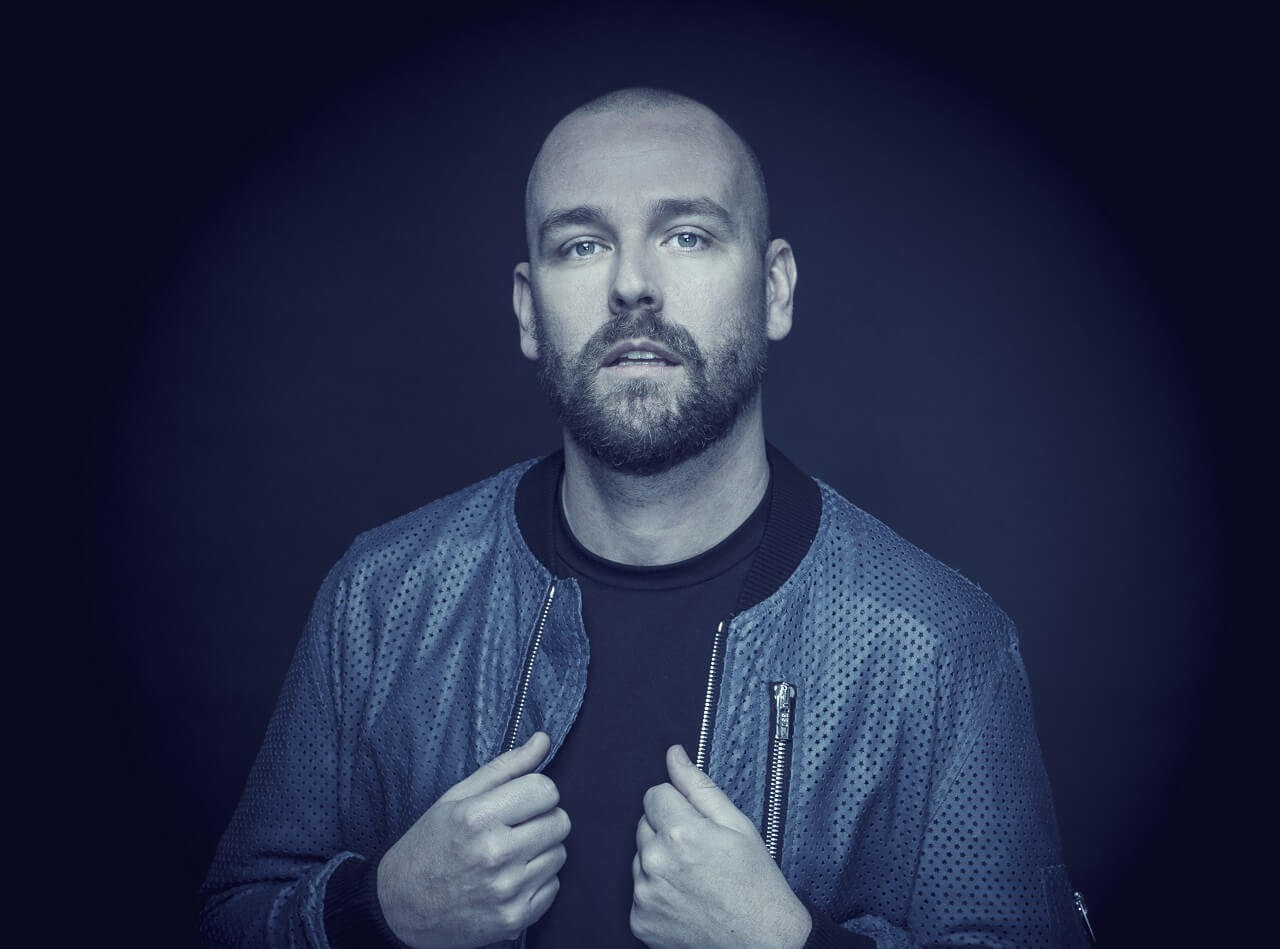 Kleinenberg is not only an artist who declines to stick to a single, easily defined sound, he also utilizes more than one medium to create a night out. Long at the forefront of integrating video imagery and other visuals in his DVJ sets, Sander includes Pioneer among his sponsors for these innovative performances. The manufacturer has been involved with outfitting select clubs around the world with the SVM-1000 audio-visual mixer (which Kleinenberg helped develop), DVJ players, plasma televisions, and other custom video installations exclusively for his performances.
Integrating music and images single-handedly requires sharpened skills and on-the-fly invention. "Now, in the process of DJing, I am in control of another dimensions. The thought processes are not just about music; there is a visual element as well." Which allows his to shape his identity, and stimulate crowds, in a host of fresh ways. "This is a whole new way of looking at what you do creatively. In the end, that is very challenging. It makes you more versatile as well. I love keeping on my toes."
Sander will continue to show off his aesthetic flexibility at residencies around the world during the course of the year, including Pacha in Ibiza, Avalon in Los Angeles, Discoteque in Moscow, and Melkweg in Amsterdam. Each of these gigs affords him unique creative opportunities; the exclusivity and luxury of Pacha elicits different impulses from him than the storied, historic Avalon, pristine sound quality of Discoteque, or the iconic pop temple status of Melkweg for example. Which is how he likes it. "Residencies are like laboratories: You can go in and experiment. As you get to know the sound system and the clientele, and become comfortable, you have more faith in each potential change of direction."

The year 2011 will be the year of the release of Sander Kleinenberg's debut album '5K'.
This is what Sander has to say himself about the album:

''I’m sure the listener will find the ambivalence between the DJ in me trying to make a soundtrack for Saturday night and the writer in me trying to write a substantial song with more depth to it.” Sander explains, “The internal battle bothered me for a long time and it’s obvious that I’ve been struggling to chose sides. As a matter of fact I’m still not sure but simply had to move forward. I noticeably tried to marry the two on this album and in my humble opinion succeeded, which resulted in this exciting ‘5K’ studio album on which I’ve been working for the past year and a half. It’s been great working with such a variety of extremely talented people in order to make this happen.''

Those “extremely talented people” include British jazz singer/songwriter Jamie Cullum, an artist whose involvement in Sander’s album may well turn some heads. In fact, it represents exactly what Sander wanted to achieve with his LP and in-turn Jamie admits “I’ve watched Sander for many years from the dancefloor as a fan, so it was an absolute dream come true to work with him! He’s an amazing producer to work with.”

Across 5K you not only get a true account of all the sounds that are currently exciting Sander, but you get all the experience and wisdom that a 20-year DJ career has brought, This really Is Sander Kleinenberg. Starting with a nod towards his first love of De La Soul, Jungle Brothers and A Tribe Called Quest, ‘This Love’ featuring Ace Reign opens the album in style with a high-energy rap of the highest quality. Flowing smoothly into ‘Remember When’ (the Jamie Cullem single) and then into ‘Follow Me’, Sander quickly sets his stool out that this is not an album consisting of 10 instrumental dancefloor bangers, in fact, despite it’s very danceable sound it’s quite the opposite, packed full of character and radio-appeal.

Another point worth noting is the flow that Sander’s achieved on 5K, deliberately choosing not to use gaps between each track, the album (although not seamlessly beat matched) builds in a way not too dissimilar to a DJ set. With the opening three tracks sucking you in, Sander then drops ‘The Healer’ – a straight up four to the floor banger – into ‘The Journey’ featuring Kraak & Smaak and Ursula Rucker – a classic Moroder-like analogue-synth journey – and then the huge summer club anthem ‘M.A.N.I.A.C.’ – the biggest dancefloor-focused track on the album.

From there Sander diversifies again, drawing on his love of epic rock, ‘Closer’ featuring Neil Ormandy could easily be mistaken for U2 or The Killers. Followed by Sander’s “attempt at being French”, the 80’s-inspired vocodered ‘R.Y.A.N.L.’ (Rock you all night long) and then into ‘Disko Riot’ ft Jon Fugler, which is, in Sander’s own words “a techno protest song written strongly to stand up against what the world of money has done to us all – how bankers obsessed with wealth have fucked us all over… and still do.”

‘Chemically’ featuring Ryan Starr is strongly influenced by The Prodigy, with rave breaks providing the backdrop to Ryan’s perfectly suited vocals – a real standout on the album. With the brilliant Nathan ‘Flutebox’ Lee, providing his services for an almost dubstep reprise with ‘This Love’, the album then draws to a close with ‘Wish I Said’ featuring Miss Montreal – a deeply personally song dedicated to Sander’s mother and all the things he wanted to say to her before she passed away.